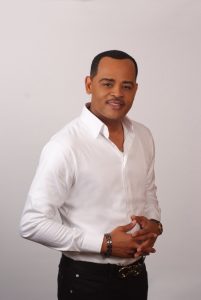 Pastor Robert Randolph-Davis was called to preach the gospel as a child. He became born again as a teenager. He is married to Regina Randolph Davis and together they have three children Samuel, Sarai and Janae who are very precious to them. He received a bachelor’s degree from Cabrini College in Radnor Pa. and also holds a Masters of Divinity from Eastern Theological Seminary. He is also a member of a family singing ministry based in Nashville TN—"The Randolph's. He and his wife Regina are under the spiritual covering of Apostles Tony and Cynthia Brazelton of Victory Christian Ministries International (VCMI) in Suitland MD.
Pastor Robert is the Founding Pastor of "Abundant Life Family Church"(2006) an innovative, Multicultural, Non-Denominational Ministry along with his wife. They also host a Television broadcast on the Impact Network. He is committed to teaching the Abundant Life causing people to become whole in their Body, Soul and spirit who prosper in all that they do.

Pastor Robert is an anointed teacher of the word of God and has taught many life changing messages. Under his leadership he has developed the Life Bible Institute (LBI) A school of the bible that teaches both discipleship, leadership and Bible classes to make disciples and strengthen the body with the knowledge of the word of God. He strongly believes what God says in Hosea 4:6 “My people are destroyed for a lack of knowledge” He is a father to many sons in the ministry and is committed to develop men of God through the Mighty Men of Valor (MMOV) under his leadership.

He teaches fervently on "Evangelism" Calling People to New Life in Christ." Pastor Robert is committed to reaching the lost with the message of the Gospel of Jesus Christ. He believes in the "Word' of God with signs following.

By the power of the Holy Spirit, he is an anointed speaker, singer, teacher and preacher." The Lord continues to provide direction to Pastor Robert as he answers the call to Love people to Life!